Skip to content
Return to top
On this page

How do I learn about myself? #

A short context before we start: ⚠️ Personality tests are tools. They don't define anything, they just point out useful parts. Their greatest advantage is that they encourage self-reflection and comparison of their results with reality. Performing the test does not give much. I only became effective after exploring the enclosed materials and reading books about them.

MBTI also known as 16Personalities test (althrough according to some sources MBTI is not exactly 16Personalities). Recommended by i.e., Ray Dalio, who wrote about this in his book Principles, that he built a team based on MBTI, developing the world's largest investment fund almost from scratch.

According to some sources, the 16 personality test has little to do with the MBTI.

In order to explore this profile I read, among other things:

Otherwise known as "the Gallup's test". One of the most widely recommended tools for development. It is based on discovering one's natural predispositions, which if developed can become strengths. 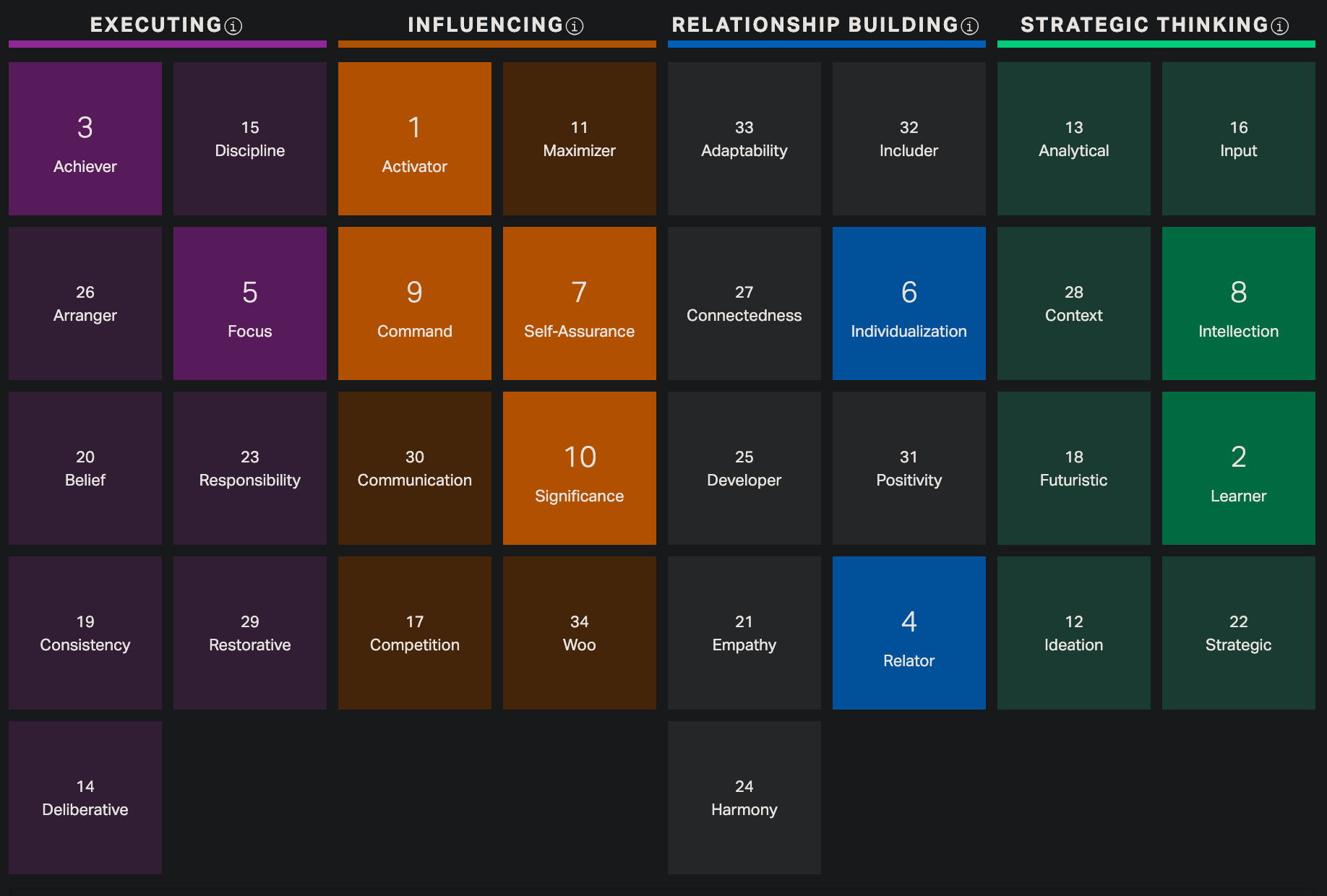 My work process with Gallup:.

I think StrengthsFinder played a huge role in my life but only because I very actively worked with the information I received there.

⚠️ The above test results are from the second attempt, undertaken several years later after the first. For comparison, I post the result of the first attempt below:

Here it is necessary to take into account several important elements that took place between the execution of the tests. These include:

I do not judge these changes, but I can certainly say that they reflect a current state. In particular, the talk is of a focus on taking action.

This is a fairly new assesment designed by Ray Dalio and Adam Grant.

My result: The Quiet Leader 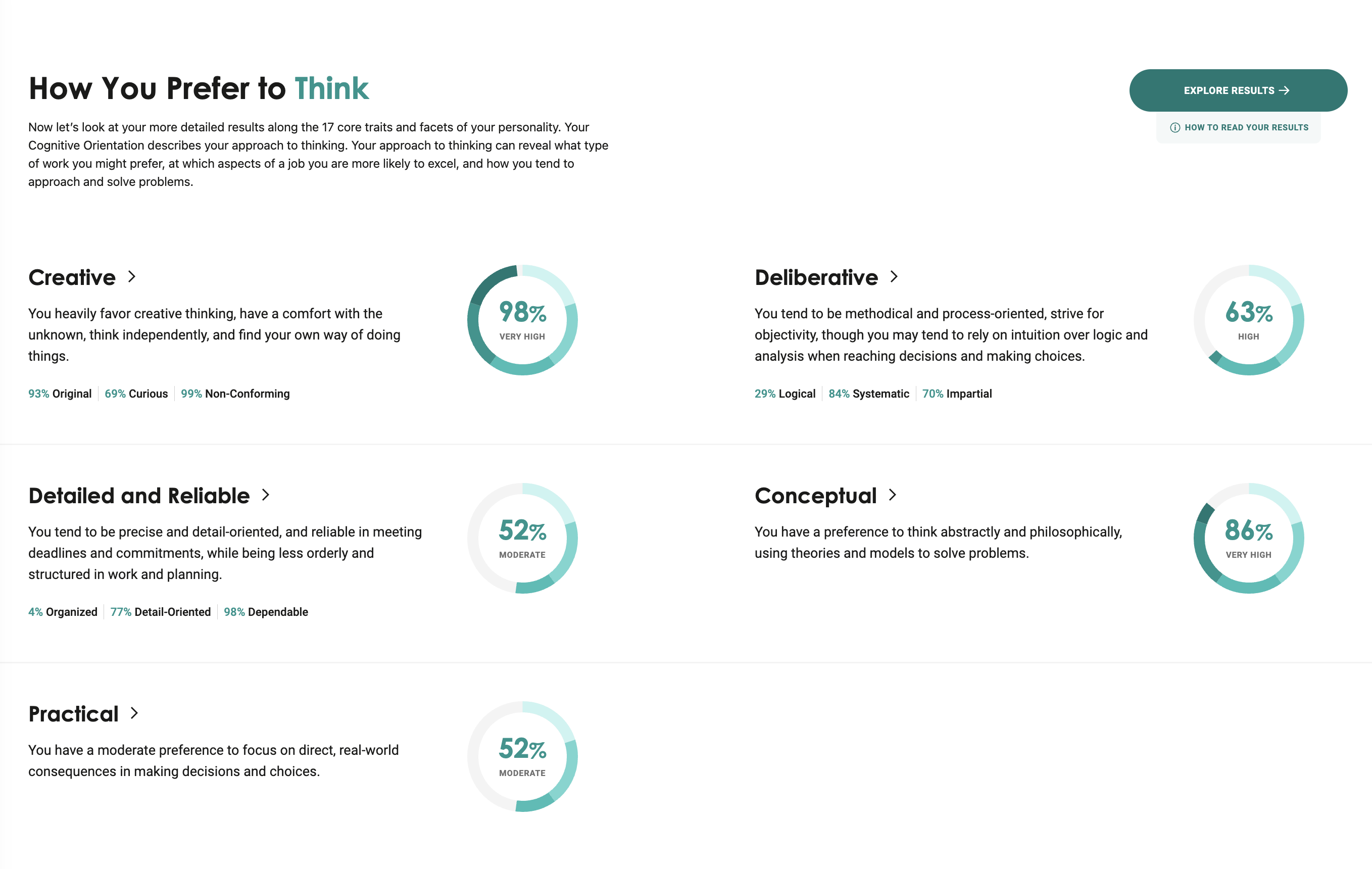 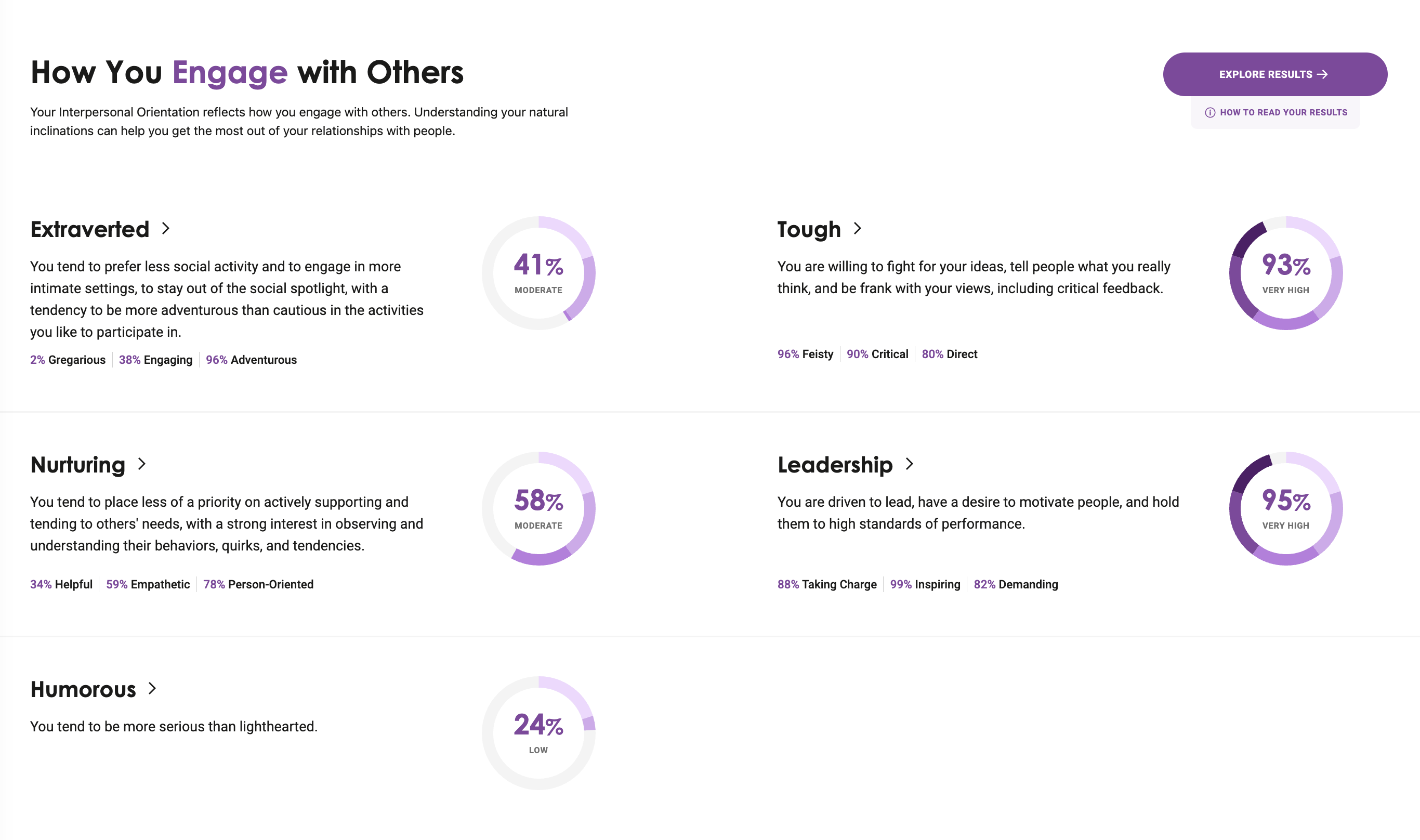 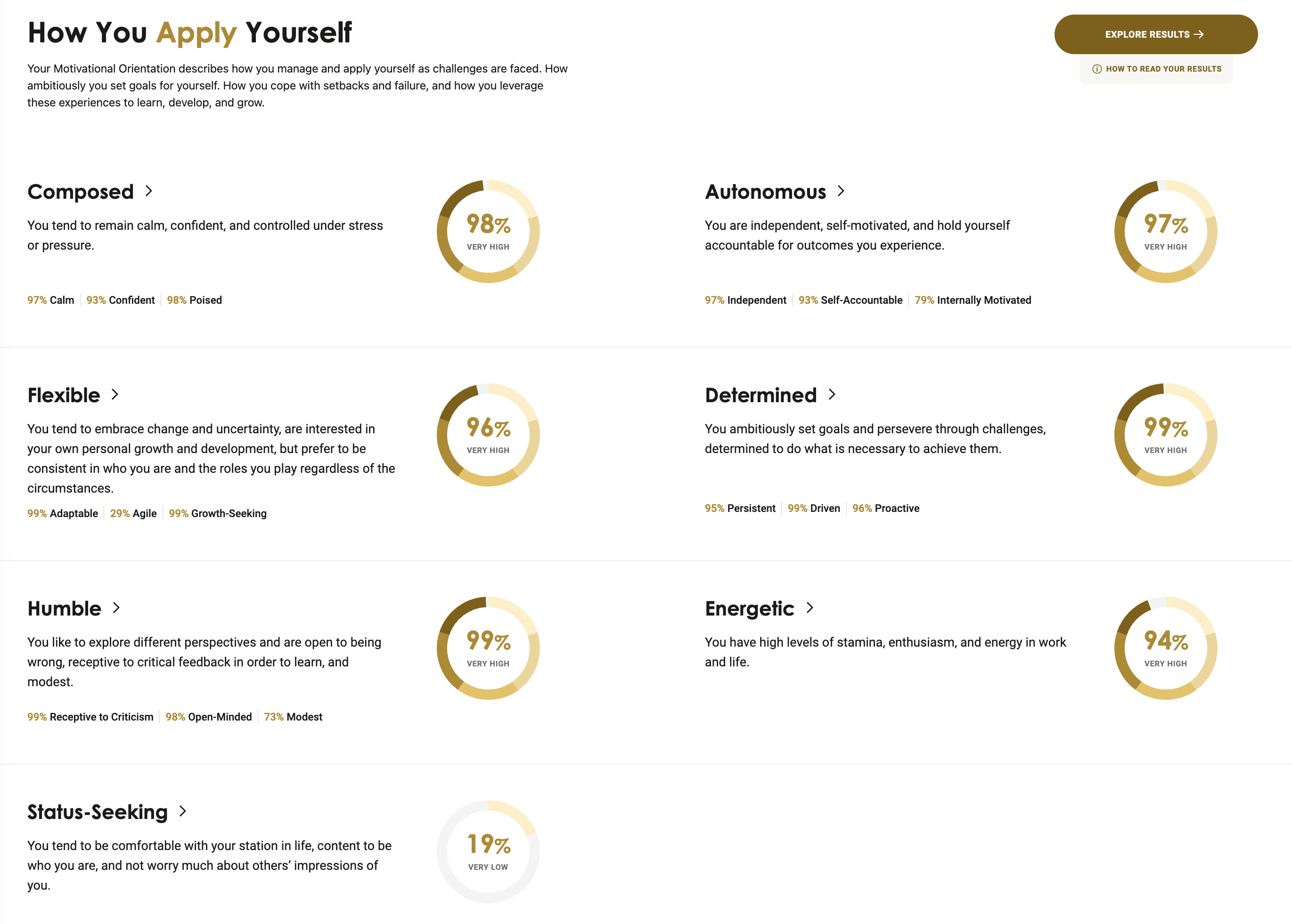 Due to the fact that I took the test a few months ago, at this point I have no specific suggestions or observations except one: I often take actions that are not related to the effects I care about.

This is a fairly general but, according to my information, very heavily documented test.

In addition to it, I also implemented the Self Authoring Program, which I will return to soon. selfauthoring.com

Self Authoring is a carefully designed and challenging Program that helps you discover the past, present and plan for the future. In its context, the most important sentence that stuck in my mind was that in school they teach us how to write about someone and no one teaches us to truly write about ourselves.